Leadership is a responsibility — not an opportunity nor a privilege — which requires the productive internalization of the inputs and judgements of different individuals and groups, whether supportive or not. Administrations often rid-off or distance those who differ in [political] viewpoints, for good; regularly and in most nations, there is no leeway available for conversations based on reconciliation or establishing common grounds with those who once contested.

In recent days and months, as the country experiences vicissitudes, the Somali Region of Ethiopia continues to demonstrate resilience and determination by overtly assembling for unanimity on numerous fronts and decreasing loopholes where interlopers can destructively attempt to take advantage.

Previous presidencies in the Somali Region teach us that instability and multi-layered inequality were standard, causing encumbering circumstances no one dared to challenge nor change. Each appointed or elected leader – prior to the election of H.E. President Abdi M. Omar in 2010 – focused primarily on himself, and his varied profits; this often included the condescending, exclusion, banishing and even detaining of previous senior officials and ranking civil servants.

Unless unarguably and justifiably necessary, the notion of criminalizing or disregarding a predecessor is obviously immature; but it is also very common around the world. A person, regardless of position or attribute(s), should give homage where credit is due and provide action or constructive criticism when it is substantially required, but with the principal intention of learning from the past. And assuring dismay of the past never occur again.

Since 1991 and the ejection of Derg Military Regime, Ethiopia activated a meaningful transformation, one which was certainly felt and embraced a great many kilometres outside of the capital city. Subsequently, people of the Somali Region experienced the governing of several presidents and political parties, and all except one inventive administration shared similar schemes, strategies, aims and actions.

Although each leader sought to be esteemed differently and incomparably, it is amusing how only one president (H.E. President Abdi M. Omar) since the establishment of the Somali Region decided to redraft the way things are done, and made visible space for reputable individuals and the larger Ethiopian-Somali community to participate in the formation of an inclusive and progressive state and presidency. This indisputable fact can be apparent by juxtaposing how former governments treated contra political parties, rebel groups, dissent and so on.

I would like to briefly describe the significance of the above picture. In the fall of 2014, unanticipated political infighting began within the Ethiopian Somali People’s Democratic Party, causing the defection or fleeing of [failed] coup devotees and triggered prevalent uncertainty.

Between the fall and late winter of 2014, people living in the Somali Region encountered doubt and were adversely affected as the general public were just beginning to get accustomed to the advantages and comforts of stability, social cohesion, economic growth and peace under the leadership of H.E. President Abdi M. Omar.

During these few months in 2014, majority of the Somali regional community were outraged and disappointed at how a few venal profiteers (or men…ha!) could aspire to jeopardize the welfare of over five million people for their own selfish gains and power.

To accurately explain the image: the Ethiopian Somali Regional Government, headed by H.E. President Abdi M. Omar, welcoming and reconciling with an individual (known as Abdi Sokor) who negatively played a role in the political infighting four years back, and remained a low-profile in Addis Ababa thereafter. 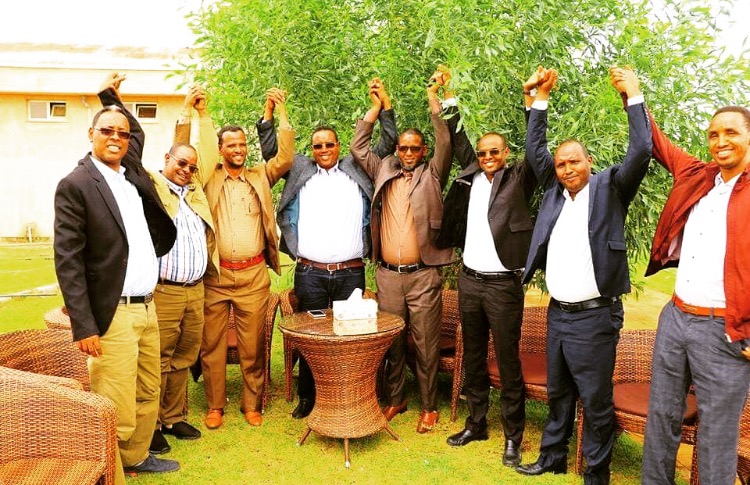 This photograph represents the meaningfulness and brilliance of affirmative agreements made with the prosperity of all involved persons and the regional population at heart, in mind, on paper and with hands together, moving upward.

The Somali Region of Ethiopia, unlike most provinces in the Horn of Africa, becomes exemplary in bringing people together, and admirably overcoming multidimensional obstacles. We have recognized the resumption of formal talks with the Ogaden National Liberation Front (ONLF).

We have observed the encouraged open intermarriages between ostracized and popular tribes. We have witnessed the release and exoneration of thousands of prisoners. We have observed the welcoming and absolution of notorious political defectors. The optimistic, transformation-cantered trend is superlative and intelligible.

Differences, mistakes and disagreements are inconsequential – and resolvable, no matter how big or small – when national development and success are being collectively prioritized.

Undoubtedly, situations are changing throughout Ethiopia – or maybe, previously, we have paid little attention to the Somali Region, and these occurrences of all-inclusive reform has always been ordinary, albeit extraordinary, under H.E. President Abdi M. Omar’s leadership. 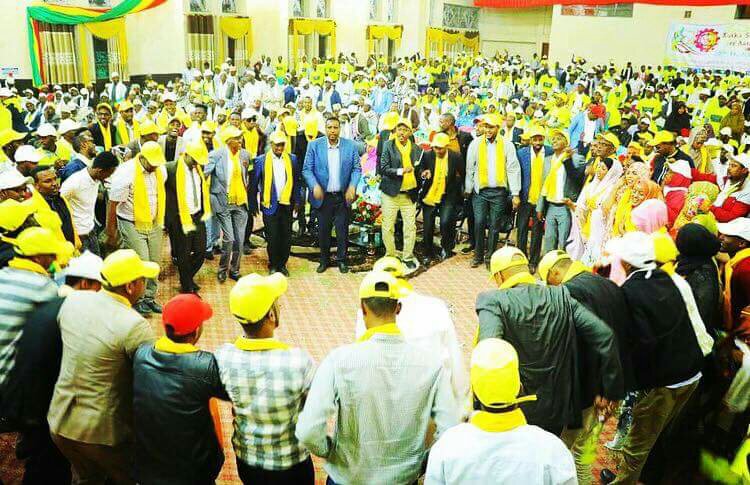 Overall, let’s just say, on the 20th Anniversary of the Ethiopian Somali People’s Democratic Party (ESPDP), it is time for us all to acknowledge and commemorate the remarkable history being crafted right before our eyes.

*******
* Hafsa Mohamed is an Ethiopian-American Diaspora member working in the development sector in Ethiopia.

Hafsa Mohamed is Executive Director of Maandeeq Women's Organisation (MWO). She is Ethiopian-American diaspora, currently working in the civil society and development sector in Ethiopia and occasionally blogs at HornAffairs.