Oromia Broadcasting Network (OBN) reported on Tuesday that tv, “a Tigrayan” was caught in Adama town Ras Hotel carrying about eleven thousand US Dollars meant to be transported to Ethio-Somali region.

In an unprecedented manner, OBN put the ethnic identity of the person in the lead of the story. See the screenshot. The man is a resident of Addis Ababa, Yeka subcity. 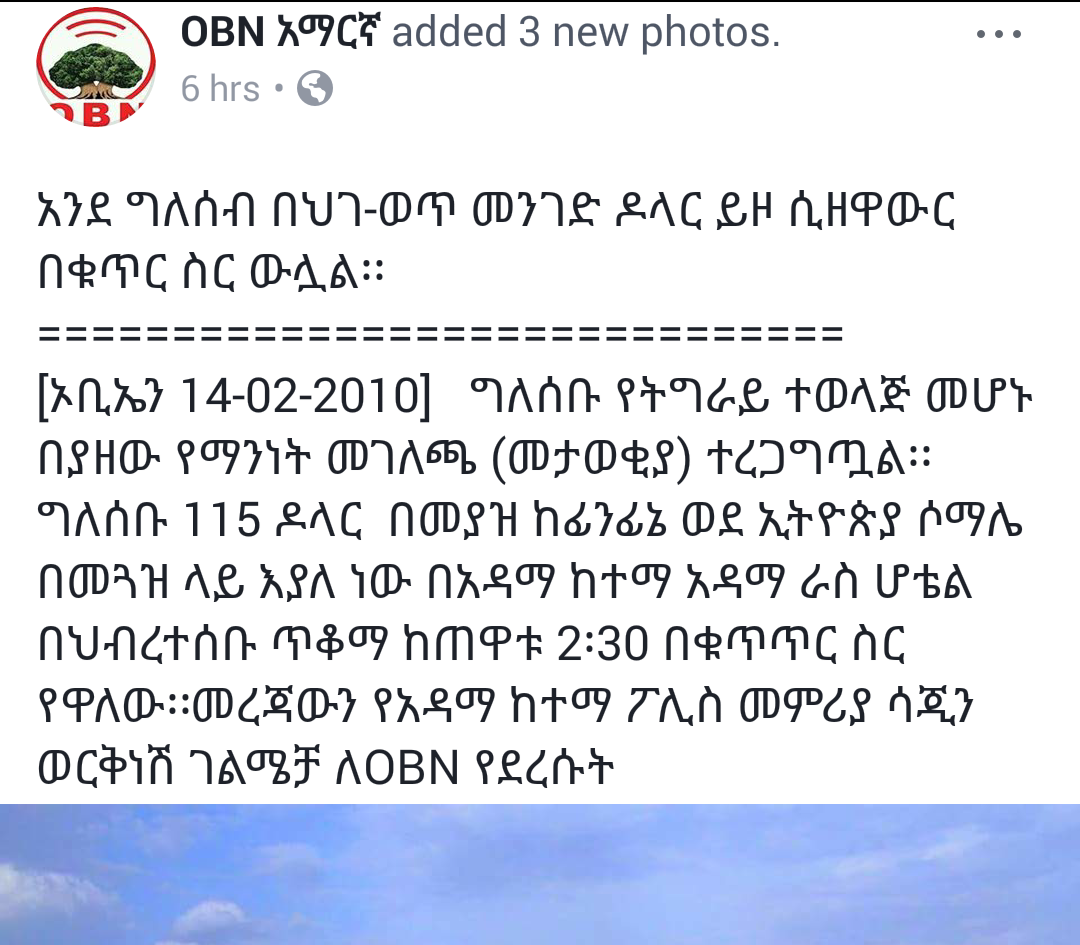 The story was met with suspicion, since the amount was revised from 115 dollars to 11,500 dollars, the reference to alleged destination of the man which is speculative, and the unusual reference to his ethnicity.

In the past two weeks, OBN has been saying “other ethnic groups” are responsible for the protests rocking the region.

The broadcaster persisted, despite social media outcry against such inflamatory rhetoric.

Last week, OBN paraded a couple of individuals from the Southern region SNNPR claiming they were suspiciously found around a protest.

In the previous weekend, a news story on OBN included a statement alleging “Ethiopia’s federalism is designed to let a small ethnic group gover the big Oromo ethnic group”. It was not clear whether it was a reference to Tigrayans or to the Wolayta, the community to which the Prime Minister belongs.

The capture of such a small amount of USD is probably a retaliation to the more than 1.7 million dollars captured in Ethio-Somali region last week.

In August, Oromia region police reported to have captured about half a million USD on its border to Somali region. The capture and its announcement was believed to be political and among the factors that led to the conflict between the two regions that exploded last month.

Activists affilated to Oromia region government have been accusing the federal security apparatus and TPLF for their conflict with Somali region.

OBN’s latest story of “a Tigrayan transporting money to Somali region” adds to that conspiracy theory.

4 Reactions on this Article