Sudanese President Al-Bashir honoured General Samora Yenus, the Chief of Staff of the Ethiopian National Defence Forces (ENDF), with the highest military medal, the Order of the two Niles. The former rebel commander, Samora, has been in charge of the army’s military commitment in the region and the continent for a decade and a half. According to the UK’s Professor Ann Fitz-Gerald, the Sudanese military medal award “has significance for Sudan, Ethiopia and the wider Horn of Africa region”.

The Order of The Two Niles

According to the press release from Sudan’s presidential office, the medal was given in “appreciation of [General Samora’s] great efforts and cooperation in consolidating the relationship between Sudan and Ethiopia and its impact on achieving peace, security and stability and motivating others to exert more efforts”.

Sudanese president Field Marshal Omar Hassan al-Bashir described the relationship between the two countries as “strategic”, “model” and “a basic pillar for achieving security, peace and stability in the region”. 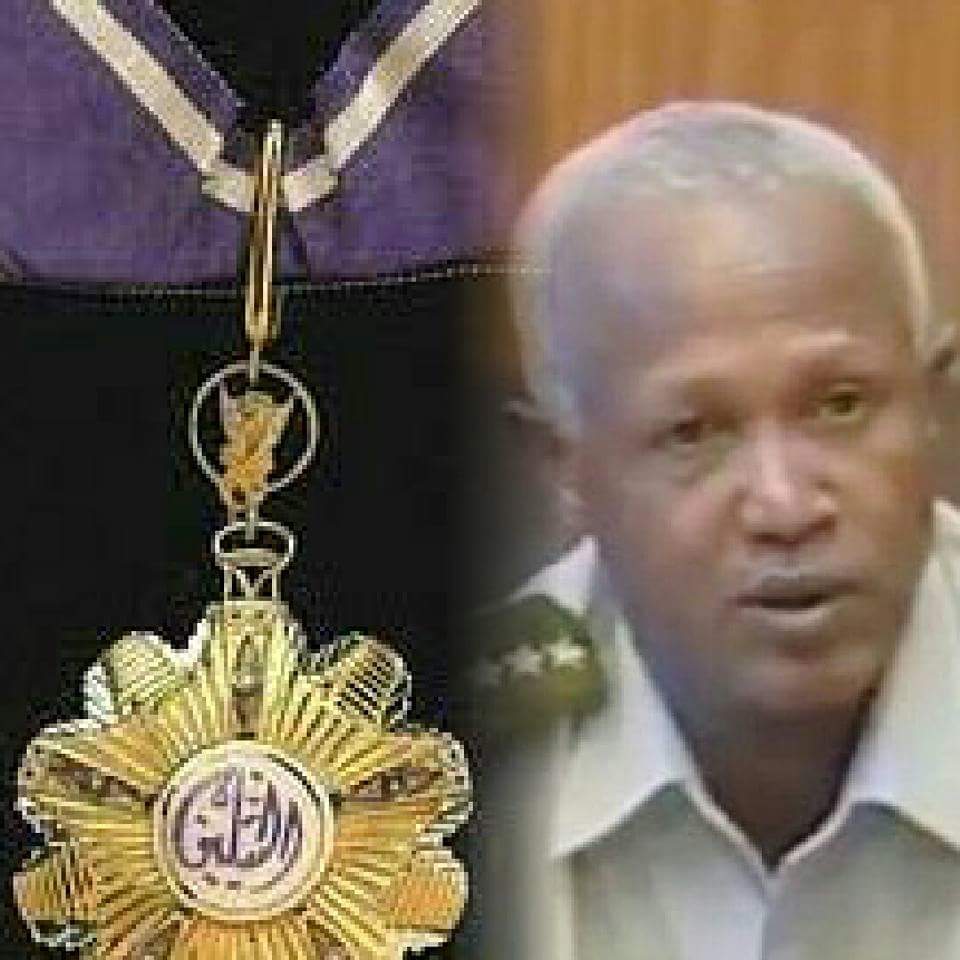 He joined the Tigrayan People’s Liberation Front (TPLF) in late 1975, when he dropped his birthname Mohammed and assumed the nom de guerre ‘Samora’.

On May 23, 1991, when the TPLF/EPRDF force entered Addis Ababa through Bishoftu road, Ambo road and Asmara road, Samora was in charge of the first.

In 1996, following the establishment of the Ethiopian National Defence Forces (ENDF) when the first formal military ranks were bestowed, Samora was ranked Brigadier General.

In 1999, during the Ethio-Eritrea war, he was promoted to the rank of Major General.

In 2001, following his appointment as Chief of Staff of the ENDF, ieutenant.

In 2007, Samora was promoted to “full” General or four-star General rank, which makes him the second Ethiopian with this rank in the country’s modern military history.

General Samora completed his Masters of Business Administration in the late 2000s, and a Masters of Science in 2013.

HornAffairs requested an expert opinion regarding the Award from Ann Fitz-Gerald, who is Professor and Chair of Security Sector Management, Cranfield University and at the Defence Academy of the United Kingdom.

For Sudan, the award reflects the value that the Sudanese Government appears to place on the development of a professional military force that serves the collective security interests of the region.

The concept of ‘collective security’ has been somewhat problematic in Africa, due partly to the absence of articulated regional security ‘interests’ that both national militaries, and African-led regional peacekeeping forces, are meant to support.  This issue has challenged AMISOM in Somalia and can lead to a breakdown in trust amongst regional partners. Sudan’s endorsement for the concept of collective security is particularly important as Sudan prepares to host its first exercise for the African standby force in November 2007.

The honour is also important for Ethiopia as it recognises the wider efforts of many Ethiopian men and women who have dedicated many years of their professional service to support stability before and after the Comprehensive Peace Agreement between Sudan and South Sudan – and during times when Ethiopia’s own challenges have been far-reaching.

These efforts include the work of the unsung heroes in the refugee camps along the Ethio-South Sudanese border; the Ethiopian soldiers and police who have continued to support the stability of both Somalia and South Sudan within, and in parallel to, the UN (UNMISS) and AU (AMISOM) missions there; and soldiers deployed around Abyei (UNIFSA) and the pastoralist regions between Sudan and South Sudan.

UNIFSA was a real breakthrough for the international community and demonstrated the utility of a UN Force deployed under a single nation command structure.  It shows that Ethiopia is not only leading as one of the world’s largest troop contributing countries to UN peacekeeping, but that it is also breaking new ground in influencing innovative international deployment and mandate development strategies.

Lastly, this award recognises Ethiopia’s commitment to wider peace in the region marked by no favouritism or fanfare – something that other regional partners may learn some important lessons from.